The aubergine was introduced to Spain in the 13th century and subsequently made its way to Italy. The first verifiable examples of it being cultivated can be traced back to China, although this is also suspected to have taken place in India.

Because of its bitter taste, the aubergine was first used as an ornamental plant in Europe. Called “devil’s egg” by Arabs, the French term “aubergine” became established. “Melanzana” is the name of the vegetable/fruit in Italy, which means “unhealthy fruit”. “Eggplant” is what the aubergine is called in parts of the English-speaking world (US, Canada, Australia). This name refers to an old aubergine variety that was the size and colour of a hen’s egg.

With around 20 calories per 100 grams – if oil is used sparingly – aubergines can be a healthy part of a low-calorie diet. Their dietary fibres fill you up well and aid digestion.

In traditional medicine, the aubergine was always used as a remedy. That is why various research institutes have examined the fruit more closely. Accordingly, there is currently a large amount of literature on the subject.

Aubergines contain vital substances such as chlorogenic acid, beta-carotene and folic acid. They also contain plenty of the “nerve vitamin” B6. Various specialist reports would indicate that the antioxidants in aubergines can improve blood flow in the brain and even get your grey cells moving again. Research has also shown that phenolic compounds positively affect insulin resistance. 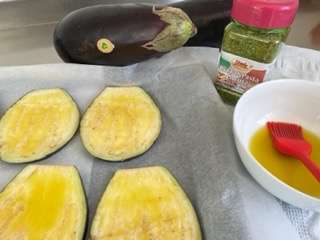 Wash the aubergines well, dry them, cut them open and place them on a baking tray lined with baking paper. Lightly brush both sides with olive oil and sprinkle with a precise amount of pizza seasoning. Bake in the centre of an oven preheated to 250°C (convection oven or top/bottom heat) for seven minutes (switch off the oven and open the door slightly if not serving immediately). 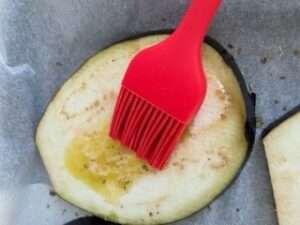 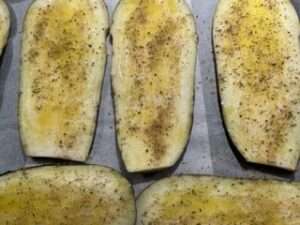 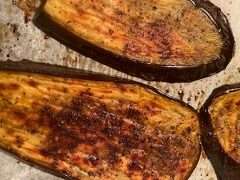 Aubergines make a nice side dish or main meal and are, of course, a good pizza topping…. 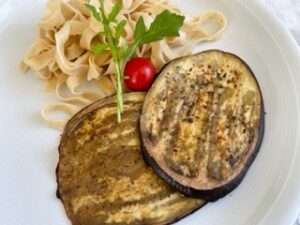