A so-called “power-dish” like that which Dr. Neal D. Barnard (Professor of Medicine, Washington) recommends contains one quarter fruit, one quarter vegetables, one quarter pulses and one quarter grains. The combination of two of these meals with intermittent fasting causes fat to melt away and activates the brain cells. Books such as “Powerfoods für das Gehirn” (“Power Foods for the Brain”), “Raus aus der Käsefalle” (“Escape the Cheese Trap”) and “The Vegan Starter Kit” (which are listed in this blog) discuss some of the topics of this article in detail. I appreciate the insights which can be gained from conversations with experts, books, blog articles and Youtube influencers, and I wish to also include references to these things in this blog. Naturally, I am always open to critique or comments.

Anyone who is limited by a restricted food budget would be served well by a vegan diet. You spend less when you do not buy meat and cheese, and consume only small quantities of oil and alcohol. It also becomes possible to afford yourself some bio vegetables and a few nuts and kernels for a salad. Buying algae-based omega 3 tablets as a food additive would also no longer cause such financial strain.

Neal D. Barnard discusses low-fat diets in detail. One of the most important factors is the relationship between omega 3 and omega 6 which can be simply improved through the limited consumption of saturated fats. Nuts and kernels are healthy but not in high quantities; a handful per day is enough. As was previously mentioned in “Nutritional Advice, Part 2”, oils should only be used sparingly. In order to achieve an even better omega 3 relationship I am currently experimenting with one or two algae-based omega 3 tablets. Incidentally, while fish (which is so often mentioned in this context) contains omega 3 fats, these are up to eighty-five percent lower in quality, and unfortunately they often also contain toxic substances.

Anyone who follows a low-fat diet (which requires a change) will soon come to the realisation that weight and cholesterol levels have returned to normal. That is why people who have an ideal weight also usually have good blood values. In various studies cholesterol levels have been linked to Alzheimer’s disease and reduced cognitive function. I can confirm from personal experience that when you weigh less you feel more mentally active. In order to maintain low levels of cholesterol I have begun using oils very sparingly, particularly when preparing salad dressings. I now attempt to increasingly use cider or red wine vinegar as well as spices. It is also possible to fry foods with small amounts of high quality oil.

It is true that my beloved cashew nuts can work temporarily as an anti-depressant in the same way which chocolate can. Nevertheless, I can state from personal experience that it is not recommendable to consume them too often as this led me to put on weight. In addition, studies have shown that walnuts, kernels, pecans and pistachios more positively affect the memory.

Personally, both alcoholic drinks and alcohol-free beers make me lethargic. Many renowned studies have recommended the famous glass of red wine to promote heart health; this is even recommended for those with Alzheimer’s disease. In his book “Power foods for the brain”, Neal D. Barnard convincingly explains why drinking alcohol is not such a good idea and why we are probably better off without it. Grape juice and blueberry juice are two better alternatives. Due to the highly concentrated sugars which are contained in fruit juices I am of the opinion that these drinks should only be consumed a maximum of one time per week.

Why should alcohol be foregone? There is nothing better for one’s general health and, in particular, one’s cognitive faculties than regular, sufficient and high quality sleep. While alcohol helps to send you to sleep, it can also cause you to sleep restlessly and wake up throughout the night. I have examined my own sleep patterns with the app “Sleep Watch” and following the consumption of alcohol my sleep statistics were consistently worse.

From experience, I can similarly advise against the consumption of caffeine and green tea. After cutting out these natural stimulants I was able to fall asleep more quickly and my general quality of sleep improved significantly. While many studies have talked of the positive effects of caffeine, the negative effects on one’s sleep take first priority.

It is of course true that anyone who injects a bit of movement into their day will find it easier to fall asleep in the evening. Protein hinders the production of serotonin which significantly contributes to difficulty falling asleep. Carbohydrates, on the other hand, promote the production of serotonin. Thus, it is best to largely forgo protein shakes, tofu and pulses in the evening and, when necessary, choose pasta or bread instead. In general I attempt to stop eating two or three hours before going to bed. A calming tea or water helps to send you off to sleep.

A detoxified body functions better. Anyone who has eaten junk food regularly for many years or had to take tablets for years would benefit from fasting. Intermittent fasting is easy in comparison to fasts which last for days as the latter require preparation and time. I find the potential benefits of raw foods, purely ketogenic diets and sulphur detoxes particularly interesting. However, I prioritize fasting. In my opinion detoxification of the body noticably improves cognitive function. Many books and videos talk of the healing effect of ketones on the brain. After as few as three days fasting the concentration of ketones in the brain reaches a maximum. Therefore, you do not necessarily need to fast for several days on end. Short, well prepared fasting periods will have almost the same effect.

In regard to food supplements such as multivitamins it is important to check that that these do not contain zinc, copper or iron. I personally avoid drinking any type of beverage which is contained in an aluminium can. Human beings do not require aluminium. While zinc, copper and iron are required, these should be administered sparingly. The body can more easily absorb and regulate metal substances through green vegetables and salads. Iron which is taken in the wrong measure can damage the brain, while metals rust and destroy brain cells. Thus, caution is advised. Zinc, copper and iron should only be taken as supplements when this is explicitly advised by a doctor.

In the book “Power foods for the brain” Vitamin B12 supplements are recommended for all age groups regardless of diet. Vitamin E also has a positive effect on the memory. If I have not consumed sufficient quantities of berries and grapes I take the multivitamin from Foodspring. Burgerstein mulivitamins are another option, while “TopVital” contains zinc. In order to avoid a vitamin deficiency Vitamin D supplements might be necessary. Regularly spending time in the sun is also likely imperative for this purpose.

Exercise and, more generally, movement is fundamental in order to stay active mentally. Personally, I train my mental skills as often as possible with the app called “Gehirnjoggingapp Elevate” (“jogging for the brain”). Reading, learning new skills and opening oneself up to new experiences are crucial for our mental health. Apps as well as positive and negative aspects surrounding cognitive function will be continually added to the section of this blog entitled “resources”.

Alongside low-fat diets and alcohol-free drinks, it is fitting to mention the app “Headspace” which focuses on mindfulness. When it comes to meditation I am cautious as a result of personal experience. Ten minutes per day are adequate in order to not lose track of the day and to, for example, set about changing one’s diet.

Brain Memory Omega 3 Vegan Weight loss
Frowner
« Previous Post Achieving meaning-oriented goals – can crises also be opportunities? Next Post » Psychological stress and lack of self-assurance stemming from being overweight – do not give up, even if the scale is yet to show significant progress! 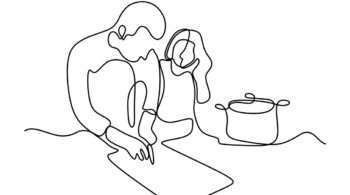 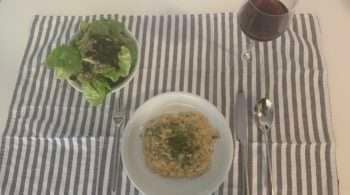 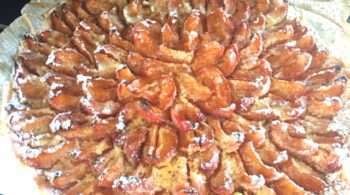 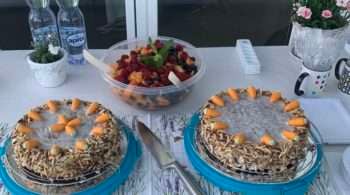 1 Response to "Nutritional Advice Part 3 – A healthy diet protects the body and soul, works like a balm for the memory and is budget-friendly"