Irregular sleep can be the root of many diseases. As soon as your sleep rhythm starts to be disturbed by nights of drinking, travelling etc., it would be worthwhile to go without these things for a while. It is best to inform relatives and friends or acquaintances of the reason why you wish to, or need to, leave early.

The wish or will to push beyond one’s means in order to achieve a goal can, in the worst case scenario, lead to illness. Work-related aspects such as the founding of a company, education, and the career ladder can result in you being overworked. Working the night shift can lead to a sleeping disorder in the long-term. Loss of sleep rarely results in goals being met; it is more likely that this will negatively affect the quality of your work. Even reading into the early hours of the morning can become a harmful habit.

For most people seven to eight hours of sleep is a good “dosage”. In my case ten to twelve hours of sleep were the norm during a period of crisis and rehabilitation. Yet I did not feel any better than I did after eight hours of sleep. Instead, for a long time I felt exhausted every single morning. I would often sleep until almost midday.

Alongside fitness, regular sleep is crucial in order to have a good and productive day. I am convinced that daily training helped me to find a normal, healthy sleep rhythm. Over several months and years I attempted to wake up and go to bed at the same time. Persistence leads to success, sometimes in the very moments in which you wish to give up.

My attempt to get up at five in the morning and go to bed at nine in the evening did not work out well. I wished to see what it would be like to belong to the “5am club” which is endorsed by so many motivational coaches. This may work for people who have a lot of energy and self-discipline, or people who find it easy to adjust to an ambitious sleep rhythm. However, anyone who regularly sleeps in or feels completely exhausted first thing in the morning should set themself a less ambitious goal.

To summarize, sleep hygiene is very important. You should try to always get up and go to bed at the same time. Exercise and room temperature also significantly contribute to the quality of one’s sleep. Particularly in cases of depression sleep can be heavily disrupted. Thus, it is recommendable to set goals which seem achievable.

Anyone who is interested in the topic of fasting and wishes like me to benefit from ketosis and the increased production of growth hormone could try to limit themself to one meal per day, which should be consumed before 6pm. In general it is advisable to not eat anything after 6pm, or 8pm at the latest. Things which can help to promote sleep hygiene include herbal teas, bedtime teas, honey (vegan maple syrup) and cider vinegar in warm water.

From my own experience I can state that daily exercise can allow you to look forward to more restorative sleep after as little as a few months. You begin to require less sleep and yet are well rested. I do not believe it to be advisable to get less than seven hours of sleep.

As previously mentioned, high room temperatures can have a negative influence on sleep quality. A micro-habit which turned out to be crucial for me was the regular airing of my room prior to going to bed. Simple routines such as brushing one’s teeth, taking a bath and exercising or stretching are also worth their weight in gold. 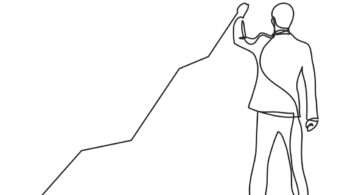